Four Books to Read Before You Die

Posted by Cory
As many of you know, I'm probably the most negative writer on this blog. For me to praise a book, it has to impress me on many different levels. And since I know that many people have different tastes in books than I do, I've decided to vary my list a bit. Just a warning, all of these have sex in them, one deals with drug addiction, and they all deal with alcoholism. They aren't issue books, but they are very depressing.

1. Into the Great Wide Open: by Kevin Canty


In prose startling for its diamond-hard edges and bravura lyricism, Kevin Canty revives the heady carnival of adolescence, evoking its confusing emotional landscape and its heightened sensuality, too soon lost. Into the Great Wide Open is a haunting, mesmerizing novel by a writer of deep sensitivity and undeniable talent

I've wanted to read this book since 2009. But finding a copy isn't easy, unless you want to purchase it. I am cheap. I don't like buying anything. But I finally realized that this wasn't going to purchase itself. I bought a hardcover from Amazon for $4.01. Not a bad deal and it wasn't worth a cent more.

As the blurb says, this is very lyrical(meaning colorful, slow, and overwrought). That ruined the book for me. And the ending was bad. But I liked the relationship between Kenny and Junie. It felt real.  Their dialogue was real. They're both huge emos, but you get over that. This book is a tale of what happens when real 'undying love' doesn't turn out the way you want. I'd love to direct the movie.

If anything, it felt more like an adult book than YA. But Kevin Canty is an adult writer, so take of that as you will. Three stars. It's possibly one of the best modern coming of age stories. It takes the traditional, oh the poor rich suburban kids story, à la Bret Easton Ellis, and actually makes you care for the characters in a way that Less Than Zero never did.


2. The Rhythm of the Road: by Albyn Leah Hall 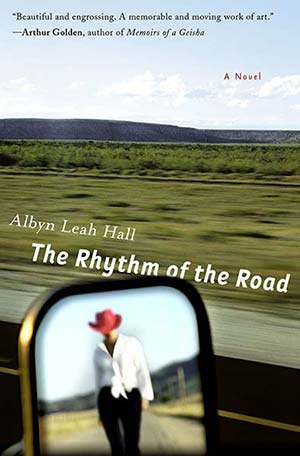 A truck driver's daughter who grows up in the front seat of her father's truck, Jo shares her father's love of country music, junk food, and the open highway. Jo's life is a perfect slice of Americana, except that their Â"open road" is in England, and her father—the gentle, melancholy Bobby Pickering—is from Northern Ireland. The only truly American thing about Jo is her mother, whom she has never met.

Jo is twelve when she and Bobby pick up hitchhiker Cosima Stewart, an American country singer whose band is touring England. They become dedicated fans, and Cosima, touched by the unlikely duo, comes to regard Jo with an indulgent, even sisterly, eye.

But when Jo is sixteen, Bobby sinks into serious despair and Jo seeks refuge in Cosima and the band. When Bobby disappears, Jo's adoration becomes obsessive as she follows her idol all to the way to California. Here, in the sweltering Mohave Desert and alone for the first time, Jo must face the painful truths of her own life, the mother she has never known, and the father she can't force from her mind. With shades of Zadie Smith and Mark Haddon, Albyn Leah Hall's powerful debut is a page-turning study of what frightens us about one another and ourselves; of how we run away and what we can't, ultimately, escape from.

I hate country music and I hate truck driving, so you can imagine my surprise when I read this book and actually liked it. I picked it up in 2008 when I was living in Daytona Beach. It was so good, I decided to buy it two weeks ago. It was also an Amazon purchase. It cost $3.79 for the hardcover, but I would have spent full price.

This is technically a foreign book, although it was an American debut. There is a lot of Irish, Scottish, and English slang. The girl also gets addicted to cocaine, as well as a lot of other things. But it rings true. You understand why she's the way she is. While her story is told from first person, her mother's story is told in alternating chapters from third person.

You're able to empathize with all of the characters. This is what I want Like Mandarin to be like. This is the standard I hold all books about obsession up to. It also deals with family, it has three dimensional gay characters that are, lo and behold, in relationships, and there's no love triangle. If that's not enough to get you to read it, I don't know what it. But as an added bonus, I'll give the first person to review this book, a paperback copy of Jacob Have I Loved and a chance to read my WIP. Yes, that's a loaded offer. Just read it. I'm a bad salesman. Four stars.

How do you come back from the point of no return?

Seth McCoy was the last person to see his best friend, Isaac, alive, and the first to find him dead. It was just another night, just another party, just another time when Isaac drank too much and passed out on the lawn. Only this time, Isaac didn't wake up.


Convinced that his own actions led to his friend's death, Seth is torn between turning his life around . . . or losing himself completely.

Then he meets Rosetta: so beautiful and so different from everything and everyone he's ever known. But Rosetta has secrets of her own, and Seth soon realizes he isn't the only one who needs saving . . .

There's a lot I don't like about this book, but it's all redeemed by Kendall. She's my favorite character of the year. I read this after reading Courtney Summer's review of it. While it didn't exactly fulfill my expectations, it's a good read. It's modern YA, and it shows, but I like it despite that. Rosetta gets on my nerves though. I read this in ebook format and I'll probably purchase it soon. It's worth having a physical copy of.

4. The Perks of Being a Wallflower: by Stephen Chbosky 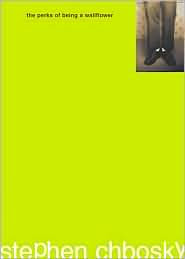 This was probably my favorite book of 2009. Alright, it came out years before, but I hadn't read it. If you read my Nanowrimo novel from that November, it'll become very obvious.

Charlie is one of the most interesting weird kids I've ever read about. Shun him all you want, he still loves you. So if you haven't read this, you should plan on doing so very soon. Be warned, it's very angsty teenager.

5. The Catcher in the Rye
6. Of Human Bondange
7. Some Girls Are
8. Almost Perfect
9. Becoming Chloe


Read these and you'll have a greater appreciation for YA. These are some of the best 'dark' books I've read within the genre. All have great narrators and all of them are severely depressing. So go read them. Now.