A Guest Post from Lissa Bilyk: My Experience in Self-Publishing

Posted by K
Hey book lovers and apples.
In spite of the rise of the e-book and the Kindle, self-publishing is still associated with a lot of prejudices and myths. Today, we have a guest post from Lissa Bilyk, author of "The Edge of Darkness", who will talk to us a little about her experience as an indie author, her reasons to self-publish, and her favorite aspects of her publishing journey.
Lissa, welcome! 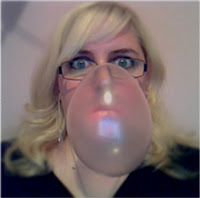 I’d like to thank Katya and the Book Lantern for inviting me here today to talk about the nature of self-publishing.


My experience has been for the most part low-key. I’m not super-successful, I’m not making enough money to quit my day job. But I didn’t get into publishing to make money. I have a career I’m happy with. Writing is a hobby for me, and when it starts to feel more like a job, that’s when I start to resent it.

For example, in 2012 I had this grand plan of two full-length novels and a novella for Christmas. I haven’t published anything in 2012 yet. That’s mostly because I a) moved to Australia and b) my grandfather died, and I’m still too sensitive to grief narratives to continue with those planned novels. I didn’t finish my first draft of Storm of Blood until the middle of the year, despairing the whole time that it wouldn’t be out until the second half of the year. Editing ended up taking longer than I estimated as well. My schedule with my editor has also changed, pushing the novel back yet again to a 2013 release. At first, the idea that I wasn’t putting out novels as fast as possible, wham wham wham a new book every three or four months, absolutely gutted me. According to all the advice blogs, I was a failure. I should be concentrating on producing content as fast as possible because that’s the only possible way I’ll be successful and if I’m not successful and make it to the New York Times bestseller list, or snag myself a traditional publisher to sell my self-published work, then what’s the point?

My point is love of the craft. When I get into it, I love writing. I love planning my novels and sticking to that plan, and upon completion, I love revisiting the world by editing it. I haven’t published everything I’ve written: I’ve written thousands of millions of words in my time, and several novels that are too precious to me to part with. When I accepted that Storm of Blood wouldn’t be released in 2012 I found a sort of Zen calm: I’m doing things at my own pace, in my own time, and if it’s not good enough, then too bad.

So, why did I self-publish? Well, I’d already been querying one of my other novels, a YA high fantasy, to a good response. I had several full requests from a handful of agents and small presses before I pulled out, realising that it wasn’t the novel I wanted as my traditional debut (it was part of a series and two years ago everyone was ‘advising’ not to query series – that’s changed now). My technical writing was good enough, but I was no good at marketing my idea. The Edge of Darkness was an adult sci-fi clocking in at 52K words – far too small for any traditional publisher. At the time – although my opinion has changed now – I didn’t want a small press taking it, either. I didn’t know anything about small presses and if I wasn’t getting an advance I wanted to retain control over everything.

So I did. I picked my cover, guided the design, wrote the blurb and the elevator pitch, edited it myself, uploaded everything myself and hit ‘publish’. Voila: it was done. On an absolute minimal budget.

My favourite aspect of self-publishing is being involved in the cover creation. I absolutely love the cover for The Edge of Darkness, and I’m seeing my next amazingly beautiful cover for Storm Front, the prequel short story collection to Storm of Blood (which has already been released) develop before my very eyes. As a self-publisher, I can change covers whenever I want. I can upload new versions with fixed typos (which I have done). I can change the blurb and the price and even the title of the book. I can pull the book if I want, I can publish short stories. I can change anything I want. I have all the power, which is really cool.

I wouldn’t necessarily advise anyone to take any particular route. The reason I’ve self-published is because my work is outside of traditional publishing’s takings. It doesn’t mean I’m not open to other forms of publishing in the future. Because I’m not seeking fame and fortune, I’m okay with doing zero marketing and allowing the novel to sell itself – mostly on Amazon. The biggest downside to self-publishing is the lack of confirmation: it hasn’t passed any gatekeepers, and although it’s the best product I can make, sometimes I still feel cheeky for charging people to read what I’ve written. I still toy with the idea of making it completely free, just to share what I’ve written, but I know there’s a certain prejudice against free novels – they get all the downloads, but they tend to be collected by hoarders who will probably never read it anyway.

I’d still continue writing even if I didn’t publish. It’s a need, and a hobby. I get great enjoyment from it. A running theme in my novels is minorities. My first novel starred a heroine of Filipino descent and the central theme, using cyborgs in deep space, stood for marriage equality, an issue I feel very strongly about. In my second novel, Storm of Blood, even though my heroine is white, ‘both’ the love interests (it’s not quite a love triangle) are Asian-Australians. My third novel, as yet unnamed, will star a lesbian teenager of Greek descent. Although these aren’t the selling points of the novels, one has to ask: if my writing was good enough to snare an agent and my idea marketable enough to snare an editor, would a publishing house feel comfortable publishing non-white characters or characters with non-mainstream sexuality? Most of the big houses like to whitewash their covers even when they do consist of minorities. It’s rare to find a YA book about a gay boy: it’s even rarer to find a YA book about a lesbian girl. I’m not saying these don’t exist: but one has to wonder, if the majority of readers ‘can’t identify’ with minorities, why are so many minorities reading mainstream fiction?
Lissa, thank you!
You can follow Lissa on twitter @lissawrites, and check out her author website at  http://lissawrites.wix.com/home. Her novel "The Edge of Darkness", as well as her Tina Storm short stories are available on Amazon.
Image courtesy of Lissa's website.