Posted by K
Hello, Internet!
It’s nearly Christmas time, AKA one of the few times when it’s okay to splurge because we’re technically getting pressies for other people. And though Black Friday is over, you can technically do your Christmas shopping all the way until the early morning of the 25th of December.

As the year ends, we on the Lantern will join the tradition of posting our lists of favourite 2012 books and can’t-wait-for reads of 2013. But, as recently someone decided to complain about bloggers and our girl cooties on the Internet, I thought that I should do a little rec list that is a/ NOT centred on books and b/ celebrates ALL THAT IS GIRLY. (Coincidentally, I’m also a bit of an otaku, hence why c/ ANIME!)
So, without further ado, here’s some of my favourite anime picks that would, coincidentally, make EXCELLENT Christmas presents. Fruits Basket tells the story of an orphaned girl, Tohru Honda, who, due to a series of unfortunate circumstances, is rendered temporarily homeless. She ends up living in the house of a mysterious classmate, Yuki Sohma, along with his cousins Shigure and Kyo. However, what seems like a reverse-harem comedy waiting to happen is quickly derailed, when Tohru discovers a shocking secret about the Sohmas.
I love this anime, so, so much. Even if a more seasoned otaku will tell you that the manga for this is a thousand times more complex and deep, I think the anime version stands very strongly on its own two legs. The story, though very magical realism-y (and the closest thing to a slice-of-life on this list, ye be warned!) deals with the very real-life issue of growing up and dealing with the shit life throws your way. The characters are relatable and quite wonderful in their own unique way. It doesn’t hurt that this anime can be enjoyed both by adults and children (though this can be a matter of mileage, check out a review or clips on youtube and make up your own minds.)
The aforementioned manga is also excellent, though much more dark and serious. If you’re interested in seeing the story develop, my recommendation would be to watch the anime around episode 24 and then move onto the manga. Also, Hope Chapman (aka JesuOtaku of the thatguywiththeglasses.com fame) is producing a Fruits Basket radio drama, available for free on the Internet (aaaand I just might link her review, because it is awesome). It’s an excellent adaptation of the manga, and quite useful is you want to get your children to sit quietly for twenty minutes or so.

Princess Tutu is the story of an everyday girl named Duck (yes, really) who studies ballet in the prestigious Kinkan Academy (*girly meter starts rising*), in spite of the fact that she’s not particularly good at it (*rising, rising*). She pines for her prince, Mytho, a skilled ballet dancer with less personality than Bella Swan (*riiiiiising*), and dreams of making him smile again. Her wish comes true when it is revealed that Mytho’s heart is, quite literally broken, and that she has the power of putting it back together (*girly meter hits the roof*), by becoming the magical girl Princess Tutu (*BOOM* broken girly meter is broken.)
Okay, in all seriousness, even if the premise of this anime promises nothing but pink fluff and sparkles, this is actually something that can be enjoyed by both genders. No, really. It can, and here’s why:
This anime is a fairy tale geek’s dream! Seriously, a dream, and I’m not just saying that because I love it. Princess Tutu is one of the most complex, most powerful, most enchanting stories I have ever seen, and it achieves that because of how is subverts and deconstructs fairy tale tropes (in fact, I’ve deconstructed its four main characters on my tumblr, so fans of the anime can enjoy the deconstruction of the deconstruction.)
And even if you’re not a fairy tale geek, there’s a lot to the story that you can appreciate without thinking too hard about it. Duck, Mytho, Rue and Fakir, and every other character inhabiting this story, are all incredibly likeable, and their interactions only add to the dark and metafictional world around them.

Haibane Renmei starts in a town inhabited by humans and the Haibane - girls with wings and halos who, for some reason, live separate from the humans and perform charitable deeds. The first episode shows our main character, Rakka, being born from her coccoon, and follows her as she learns more about the world and the Haibane, and the reasons for her appearing as one.

Ever wonder what to get for your teenage niece or nephew who has just discovered that teenage-hood doesn’t have to be vapid and antagonising and simplistic? Well, this is a good place to start, if only because of how thought-provoking and intensely symbolic it is. Haibane Renmei is an incredibly powerful story with tons of subtext, beautiful imagery and engaging characters. It’s the kind of story that would appeal to someone more fond of character studies then action sequences (though the downside is that I can’t talk in more detail about it.)
Not that there’s anything wrong with action sequences, mind you, which brings me to… 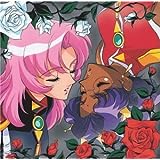 Revolutionary Girl Utena, which is the story of Utena Tenjou, a girl who dreams of being a prince. She gets her chance when she steps between a girl and her abusive boyfriend, not knowing that she’s about to get dragged in a conflict that has lasted for years and years.
RGU is, in some ways, just like my previous pick, in that it’s heavily symbolic (so much so that there’s an entire site dedicated to deeply analytical deconstructions of Every. Element. In. The. Show!) but with the added benefit of having more conflict and action scenes. In fact, RGU is easily the most adult thing on this list, and not just because of all the sex and the sex metaphors going on in there (ROSES! SWORDS! FAST CARS! PHALLIC OBJECTS! FREUD WOULD HAVE A FIELD DAY!) It addresses things like gender politics and growing up, but in a very roundabout, very complex manner. It’s definitely a very cerebral anime.

Also, since we’re talking about animes that are most definitely not for children: Madoka Magica, a story of what it really means to be a magical girl. It follows Madoka Kaname, an ordinary little girl and her ordinary friends, who are offered to become magical girls and rid the world of evil beings. However, in order for them to come into their powers, the girls must first make a wish, which proves to be a big problem because Madoka is, indeed, an ordinary little girl who has never needed anything in her entire life, but she has the potential to be the most powerful magical girl, ever.
THIS IS NOT A HAPPY ANIME!
I cried through the last episode and I continued to cry steadily after the final credits had rolled, which is kind of weird because the ending itself isn’t horrible - it’s quite hopeful, actually. Disasters, people dying, cute puppies dying - I usually don’t bat an eyelash, and yet a 12-episode magical girl anime made me weep like a baby. If you’re rolling your eyes and glancing at the DVD cover suspiciously, don’t. Sit down, watch this, and if you’re not hooked until the end of episode 3, I’ll hand over my reviewing card and focus on marketing management.
This isn’t an easy story. It’s not deeply cerebral like Haibane Renmei, it’s not action-packed like Utena, not nearly symbolic as Princess Tutu and definitely not heartwarming like Fruits Basket. It’s a rare tragedy that, somehow, ends up the most hopeful of them all.
So that was my list of girly picks, featuring enough trauma, drama, sex and tears to last you a lifetime. And so here’s my last statement: stories aren’t gender specific. Complexity is not negated by the presence of a female main character, or the colour pink. And if you let those things stop you from enjoying a good story, then I’m sorry indeed. Very, very sorry.
Note: images via Wikipedia and Amazon.