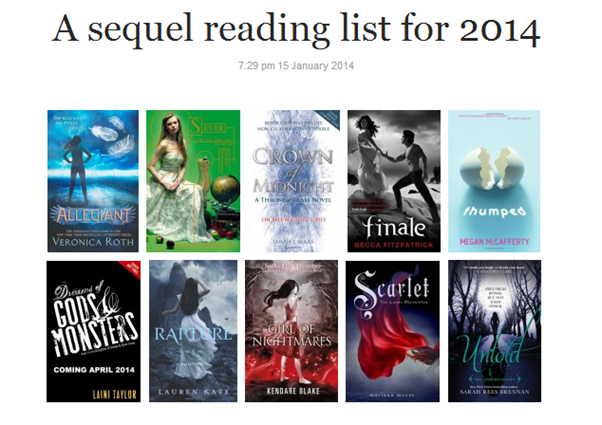 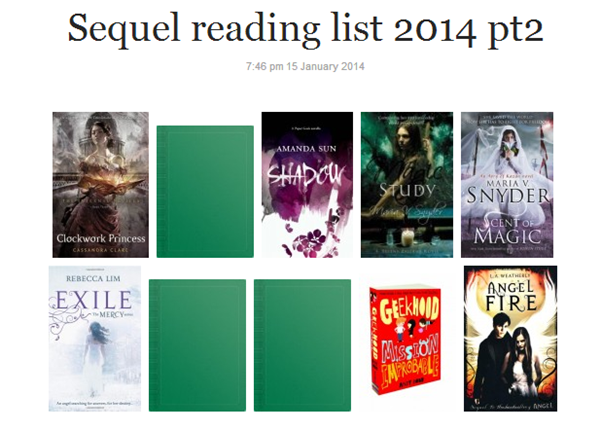 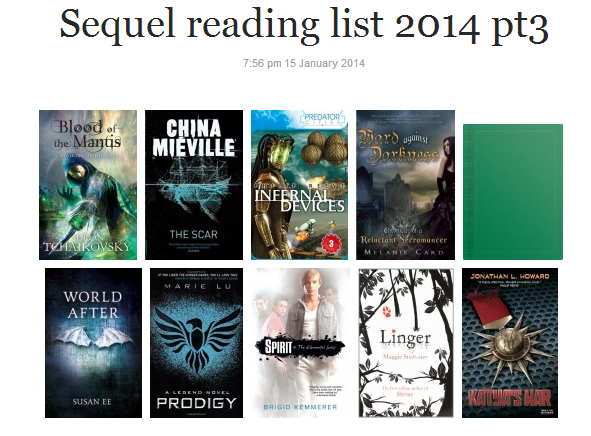 Blood of the Mantis by Adrian Tchaikovsky
The Scar by China Mieville
The Infernal Devices by Philip Reeve
Ward Against Darkness by Melanie Card
Firefight by Brandon Sanderson
World After by Susan Ee
Prodigy by Marie Lu
Spirit by Brigid Kemmerer
Linger by Maggie Stiefvater
Katya's War by Jonathan L. Howard 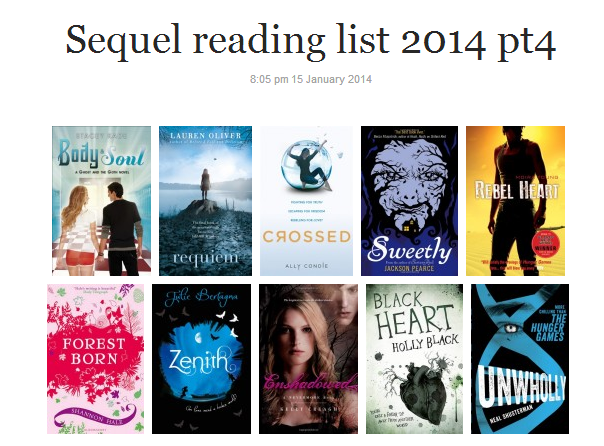 Because I got it into my head that I wanted, belatedly, to do the 2014 prequels and sequels challenge. I originally thought it would only be a few dystopian trilogies, and then... dear Batman, that's a lotta books!

I think, though, that this is a nice balance of stuff by authors I really, genuinely like, authors I've heard have done amazing things with their sequels, and stories that I just want to finish as a badge of honor type thing. Some of these, I've been meaning to read for a while (Ward Against Darkness) and some I haven't even thought about, until I started looking.

Not all of these are Lantern-appropriate (although I have not yet made a list for all my UF sequels, which are a lot,) but if you don't mind the occasional fantasy book review, do let me know.

Which ones of these are you most curious about? It might influence my next trip to the library...

Email ThisBlogThis!Share to TwitterShare to FacebookShare to Pinterest
Categories: 2014 prequels and sequels challenge